H380TM was first used by the late Bruce Hodgdon, and it was a previously unnamed spherical rifle propellant. Experiments with a wildcat 22 caliber (now known as the 22-250) showed that a charge of 38.0 grains behind a 52-grain bullet produced a one-hole group, so the powder was given the apt name H380. The H380 is also a competent platform for shooting fine-varmint cartridges like the 220 Swift, 243, and 257 Roberts. This particular grain is spherical in cross-section.

At the time the late Bruce Hodgdon first used it, this particular type of round rifle propellant went by a different name. When firing his 22 caliber wildcat, now known as the 22-250, with a 38.0 grain charge behind a 52 grain bullet, he achieved one-hole groups, so he gave the powder the name H380. When it comes to varmint cartridges, H380 is just as effective in the 220 Swift, 243, and 257 Roberts. 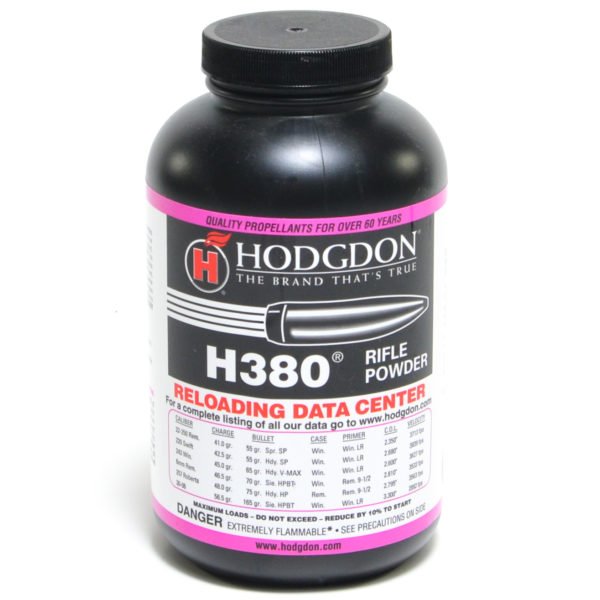